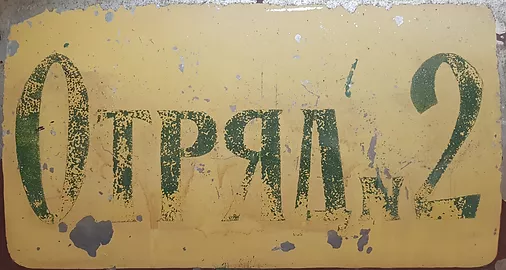 An original sign from the prison area in the port of Magadan, north east Siberia. Prisoners sent to the Kolyma Gulag camps mostly arrived through here. The sign has been translated as “Detachment #2” or “Group 2”. Ivanna, in one of our videos, passed through Magadan after being sent to the Gulag from Ukraine by […] 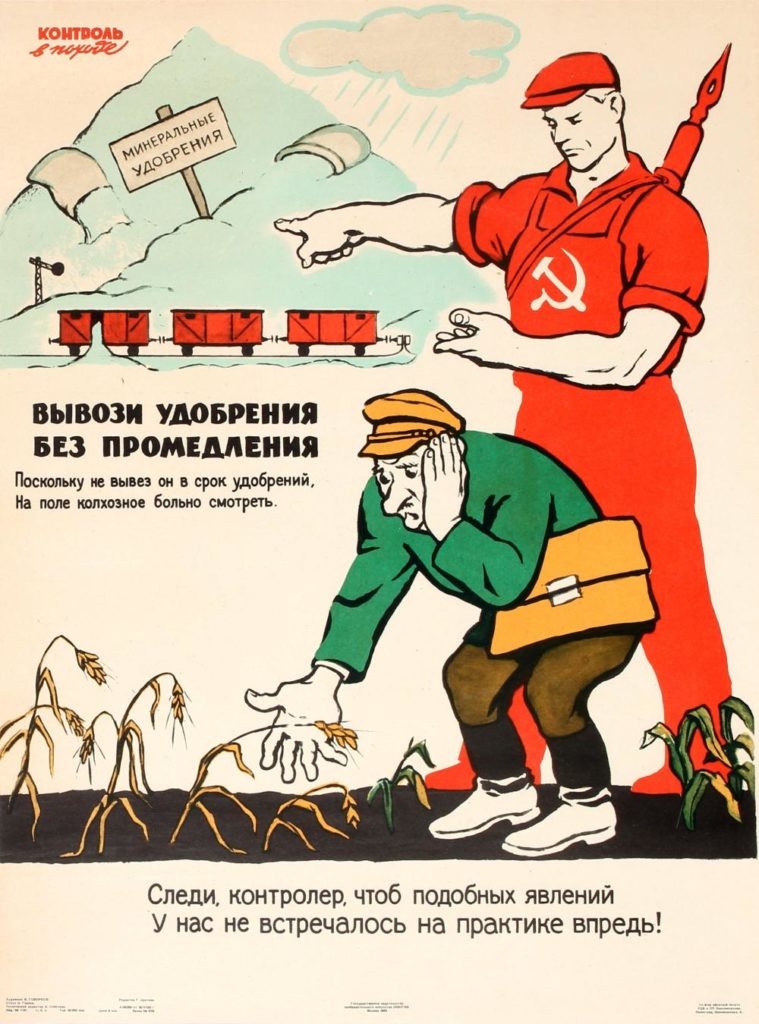 Soviet Union poster: Literal translation:“Mineral Fertiliser ““Take out the fertiliser without delay.”“Since he did not take out the fertiliser in timeit is painful to look at the Kolkhoz [a form of collectivised farm] field.”“Inspector, make sure that such scenesDon’t happen in future.” The poster shows a big strong man in red who symbolises the Communist […] 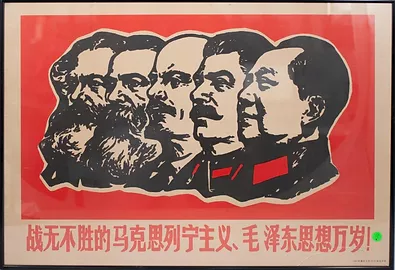 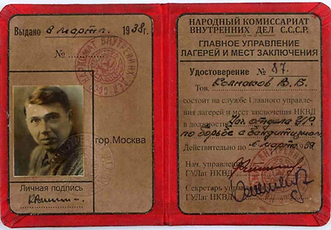 Chinese poster during the cult of Chairman Mao Zedong 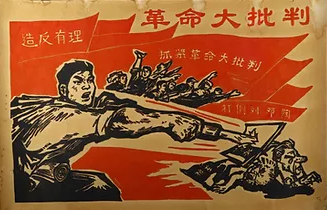 Chinese poster during the cult of Chairman Mao Zedong. It has been translated as:  “He who opposes Chairman Mao will have his dog head smashed”. Share on Facebook Share on Twitter Share on WhatsApp More Artefacts Identity card of a Gulag staff member Enjoy holiday camps… Soviet-style Secret button camera Figurine of a Red Guard Trabant […] 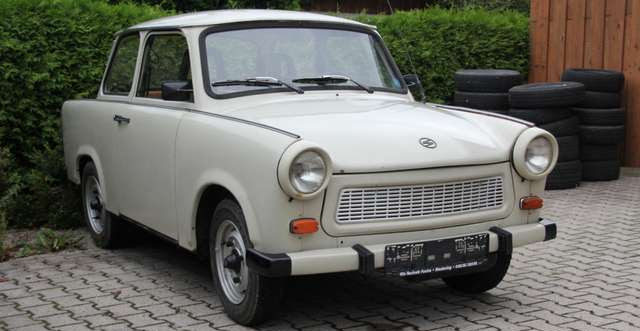 A Trabant, the East German car made from 1957 to 1990. It had a two-stroke engine and no fuel gauge. It took 21 seconds to reach 62mph. Despite such drawbacks, the waiting list was 10 years or longer. Share on Facebook Share on Twitter Share on WhatsApp More Artefacts Soviet Union poster: prison for the […]

Figurine of a Red Guard 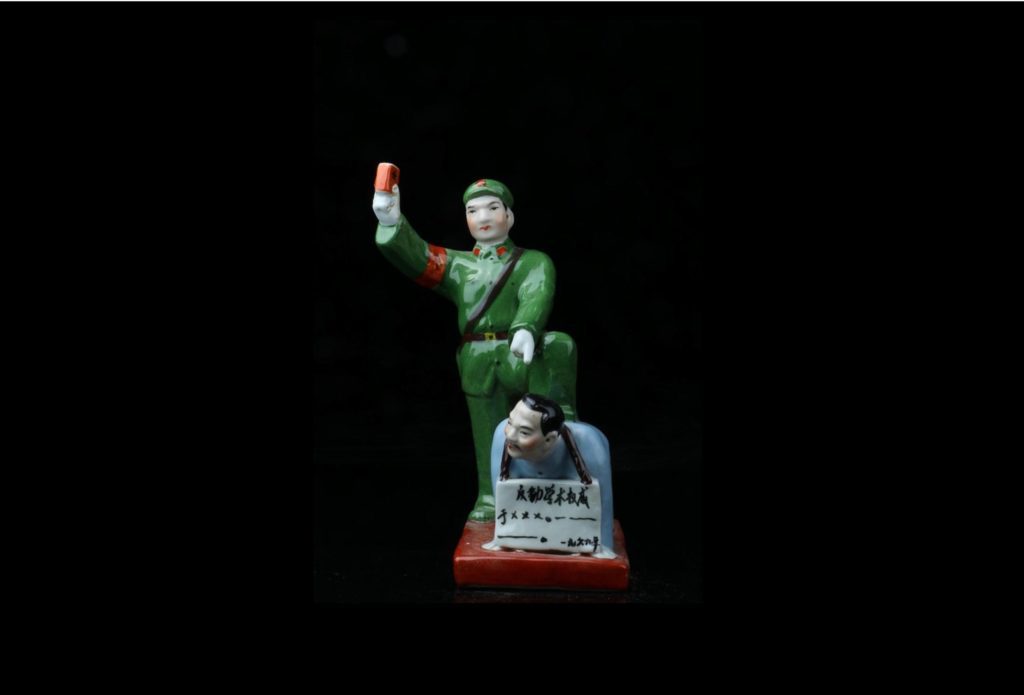 Figurine of a Red Guard with his foot on the back of a man in a “denunciation meeting”. Bourgeois families, former supporters of the Kuomintang and regime critics were subjected to such sessions. The victims were usually hit, sometimes multiple times. Some were tortured even to the point of death.  Share on Facebook Share on Twitter […] 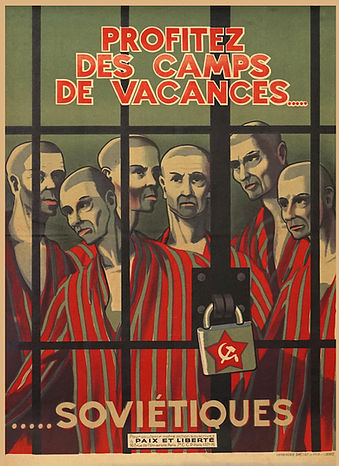